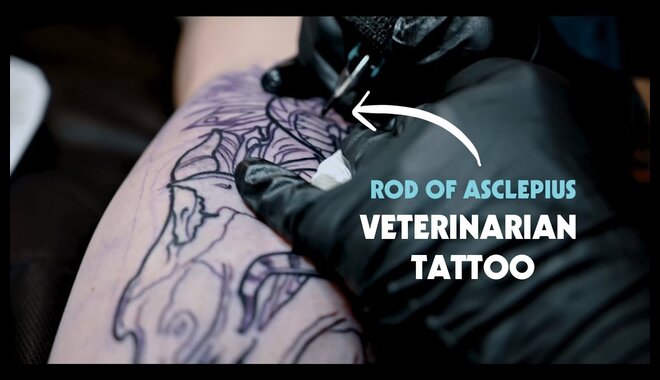 Welcome to the blog! Today we come up with another tattoo idea review. This time we will share The Staff of Asclepius Tattoo and The Mythology. Coming up with different ideas is actually fun. You can learn new things as well as get new ideas.

Making a tattoo is a good idea to make yourself unique in front of others. There is a type of people who love to make tattoos on their bodies. Asclepius tattoo is a type of tattoo where you make it may be for symbolic meaning or may be for the look of the tattoo. It’s unique and beautiful. Do you know the meaning of Asclepius? It’s about healing! It is the symbol of healing. It’s a traditional symbol. Asclepius, in Greek Asklepios, in Latin Aesculapius, was a Greek and Roman god of medicine who was the son of Apollo (god of healing, truth, and prophecy) and the mortal princess Coronis. Asclepius’s name was called in prayer and healing rituals at temples and at home by healers and people who were looking for healing.

The Asclepius is also the symbol of the medical field and you can call these medical tattoos as well. Not completed yet! Altogether this Greek symbol is a symbol of medicine, a symbol of healing and you can call this a magic symbol! So why not people should try this one? This is the reason we find a lot of people do this legendary creative symbol tattoo.

Hippocrates, a legendary physician, according to history, called the god Asclepius to offer the purest form of healing to his patients. Some forms of the Hippocratic oath demand the initiate to promise upon the name of Asclepius to always heal with the finest purity and purpose. So if you are looking for an antique symbol on your hand then you can take a look at the mythological history to know about some legendary symbols. Today’s topic is about the symbol of medicine or medical tattoos which is called the Asclepius Tattoo. Let’s look at some excellent and trendy Asclepius Tattoo ideas. The Staff of Asclepius, which is a simple wooden staff with one snake curled around it, is used as medicine or healing. No, not only does Asclepius symbolize healing and snake! The Staff of Asclepius also symbolizes Life, Faith, Vision, Honor, Magic, Physical, Emotion, Spiritual, Integrity, Renewal, Medicine, Tradition, and Wellness. 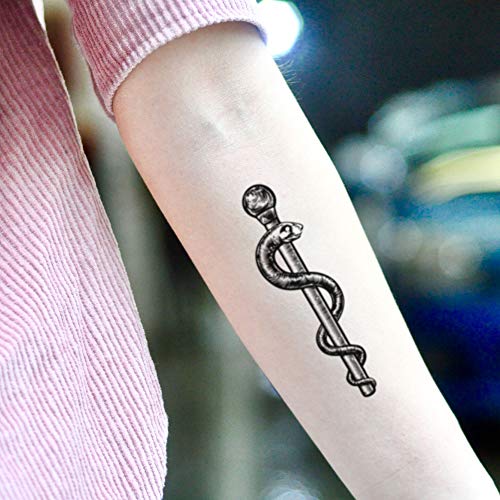 People want to heal by tattooing the sign of god Asclepius. People often create the Rod of Asclepius tattoo. If you check the internet, you will see the Caduceus symbol. The Caduceus symbol or Caduceus tattoos is a modern symbol that indicates a short-winged staff twisted by two serpents and it indicates medical profession.

Where Asclepius is about one snake. The Caduceus is the United States Medical Corps’, Navy Pharmacy Division, Public Health Service’s, and some other medical association’s official modern symbol. In the 16th century, the caduceus was most probably originally developed as a medical symbol. You might be a little confused about Caduceus and Asclepius about the symbolic meaning. The authentic symbol of medicine is the Rod of Asclepius. If you do the tattoo of Asclepius then the tattoo meaning will be about faith in god Asclepius, and the story of healing and medicine of the mythology of Greek god Asclepius. Whereas the other one is the Caduceus, which is Medic emblem/medical services/medical profession or you can also call this emblem of pharmacy! Okay, forget about all the histories and mythology of Caduceus! Let’s talk about The Rod of Asclepius history.

The name of this design comes from a Greek myth of Asclepius, a divinity who attempted to save his friends in trouble but drowned himself while attempting to save them from drowning. According to mythology, he died attempting to save them by kicking a rock into the deep water, causing his companions to sink. Mythology talks a lot, actually! Apollo saved the unborn child in Greek mythology, and a wise centaur soon taught him about healing and medicine. Asclepius get skills as a healer and he was able to bring sufferers back to life. The king of all gods, Zeus, was afraid that humanity might threaten the god’s immortality, so he attacked Asclepius with the thunderbolt to kill him. According to another version of mythology, Asclepius does not die and instead becomes a living god who founded healing centers over ancient Greece. 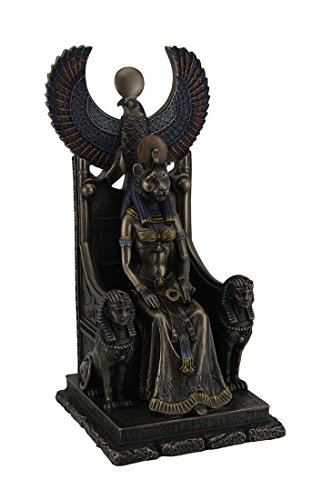 Asclepius’ most prominent temple was at Epidaurus, in the north-eastern Peloponnese. Hippocrates, the mythical “father of medicine,” may have started his profession on the island of Kos, where another ancient healing temple was located.  In Asia, there were Asclepieia in Trikala, Gortys (Arcadia), and Pergamum. The ‘worm theory,’ which goes back to nearly 1500 BC, is the most likely medical origin of this ancient Greek sign with a twisted snake coiled around a stick. It was an explanation of medicine for the parasitic Guinea worm infections or Guinea written on papyrus. This idea is known as one of the earliest medical texts ever discovered in Egypt.

The requester spends the night in the holiest area of the shrine after performing ritual purification, offerings, or sacrifices to the god. Any dreams or visions would be reported to a priest, who would then use an interpretation method to prescribe the proper therapy. Sacred dogs were also employed by some healing temples to lick the wounds of sick visitors.

Shortly we can say Rod of Asclepius is all about the symbol of medicine and healing. In honor of Asclepius, a non-venomous serpent species was named after him. The Aesculapian snakes, which were commonly required in ancient healing traditions. They were permitted to crawl all across the patient’s sleeping area. The snake and the rod were formerly two separate signs, but ultimately they are united by one means. The meaning of snakes is rebirth and resurrection. Snake is poisonous, however, it is utilized not just as a curative to venomous snake bites, but also in different treatments. As a result, the snake has come to symbolize the dual nature of the medical practice. However, they actually deal with life and death, illness, and health. The caduceus is about health professions or medical professions whereas Asclepius is about healing and medicine. Asclepius is the best treatment of patients during the legendary time. And it’s all about a snake around the staff with wings that are actually associated with the practice of medicine and healing belief. We hope you learn something new today after reading the article. We hope we will be back with something new very soon.

Q. What Is The Rod Of Asclepius?

Asclepius’s name was called in prayer and healing rituals at temples and at home by healers and people who were looking for healing. Hippocrates called the god Asclepius, according to mythology, to provide his patients with the purest form of healing. Some versions of the Hippocratic oath require the initiate to swear to perpetually heal with the highest purity and intent in the name of Asclepius. So there is a great significance of The Rod Of Asclepius.

Q. What does Asclepius staff symbolize?

Ans. The Rod of Asclepius staff is an antique symbol of healing and medicine. Where the sign is a creative symbol. In this sign, you will see a snake is wrapped around a rod that is actually interlinked with medicine and healing.

Asclepius was the most significant of the Greek gods and heroes concerned with health and disease recovery. Asclepius mastered surgery and the employment of medicinal herbs to the point that he was able to make the dead life back. Nowadays people do a cool tattoo of Mythological ideas. If you are looking for a dynamic tattoo then you can opt for Asclepius staff Tattoos. They are beautiful.

Q. What is the staff of Asclepius Tattoo?

Ans. The Staff of Asclepius symbolizes the medical symbol and healing treatment which is interlinked with the god Asclepius. If we check at the emblem of Asclepius, it shows a twisted snake in the rod. And this sign indicates the practice of medicine during the legendary time.

If you are interested to create any tattoo about Asclepius you can opt for this. If you have faith in god Asclepius then the tattoo will indicate, as a symbol of the medical industry, the tattoo will express healing. Where Asclepius was a Greek god who was associated with healing and medicine.

Q. What is the spiritual significance of tattoos?

But we say, Tattoos are more than just body art, tattoos are a form of expression. They are an expression of self-awareness, identity, and self. They are the physical representation of the psyche’s interactions with the soul. Tattoo artwork has a spiritual and supernatural aspect that is tough to determine. But it’s all about person-to-person’s faith and thinking. But some of us believe there is an internal connection between the tattoo and our soul. So we can say yes, there is a spiritual significance about tattooing.

Q. Is tattoo a good idea?

Ans. Actually, Tattooing is totally about an individual’s choice. Whether it is good or bad, there is a type of people who makes tattoos for their own satisfaction and fashion. But if we consider the idea of tattooing, then we should think before creating a tattoo as there might have some important sayings about tattooing in Quran and Bible.

but the majority of people do not have any headaches about making tattoos. According to some people, tattooing on the body may have health advantages. some people believe the act of inking on the body activates the immune system to boost the health condition. Some people also ink tattoos that are connected to their religious faith. However, it’s all about an individual’s choice!